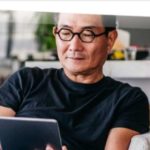 What are the risk factors for BPH?

It is thought that a few factors can increase the risk of developing the problem, which are:

Let’s look at these in more detail and find out how to manage BPH.

There is a lot of research to indicate that being overweight or obese can increase the risk of developing BPH.

Obesity can, for example, cause the following issues, all of which are favourable for the development of BPH:

Men who are overweight also tend to have higher levels of the hormone oestrogen which can increase the size of the prostate gland.

Another problem is that being overweight increases the risk of developing type 2 diabetes, which in itself has been associated with BPH.

“Been using Prostasan for a while now and it seems to work. Will continue to order from A.Vogel.”

If a family member (and particularly a close family member such as an uncle, father or brother) has been known to suffer from BPH, if may raise an individual’s risk of developing the problem.

So, tackling issues that increase the chance of developing BPH, such as inflammation and mobility, will be particularly relevant if you have additional risk factors such as these.

Men over the age of 45 have a much higher chance of developing BPH than younger men. As we age further, the risk increases even more. In fact, one study has indicated that as many as 40% of men over the age of 70 suffer from enlarged prostate symptoms.

Hormonal changes go some way to explaining why the condition is more prevalent in older men.

If you want to know specifics, basically beyond the age of 30 the hormone testosterone starts to be metabolised into DHT (di-hydrotestosterone). DHT builds up in the prostate gland and, as it is inflammatory, it can cause an increase in the size of the prostate. As there will now be less room for urine to flow, the result is a selection of urinary symptoms such as difficulty emptying the bladder.

Several lifestyle factors can increase the likelihood of developing BPH symptoms. These are:

One scientific review found that moderate to vigorous activity could reduce BPH risk by about 25%. This is, in part, down to the positive effect that exercise has on weight. As I have discussed, being overweight is another risk factor for enlarged prostate symptoms.

As a poor diet can also lead to weight gain, we can see how this too can raise the risk of developing BPH.

Alcohol, on the other hand, can make symptoms more noticeable, plus there is also some emerging research to suggest it could increase the risk of BPH symptoms.

What to do about an enlarged prostate

So, there are some factors beyond our control that can contribute to BPH, and others that are very much issues we can address early on to reduce the likelihood of getting symptoms. However, what should be done when a diagnosis of BPH has been confirmed?

This blog article has been written by Dr Jen Tan, Men’s Health Advisor for A. Vogel. You can read the original article here.

We are available from 9.30am to 5.30pm, Monday to Saturday (excluding bank holidays) and Sunday 10am to 2pm.