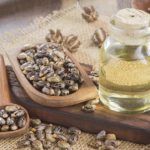 Castor oil has been used for thousands of years and has a long list of medicinal and industrial uses. Incredibly, Castor beans have been found in ancient Egyptian tombs dating back to 4000 b.c. and although this may go way back even further, Egyptian doctors are recorded to have used castor oil to protect and soothe irritated eyes, as well as helping people ‘cleanse’ and as a laxative. It was even given to pregnant women to stimulate child birth!

I find castor oil fascinating as a natural, topical application for so many aspects of beauty. It works beautifully as a skin soother, easing irritation and helping with wound healing. It also makes a fabulous cleanser for skin, removing all traces of grub and makeup. Hair benefits greatly from a nourishing castor oil mask and can help improve condition and regrowth. Let me tell you a little more about it…..

Where does Castor Oil originate from?
The castor bean, also known as the castor ‘seed’ is extracted from the Ricinus Communis plant which is native to Africa and Asia. It is classed as a vegetable oil and can be used both internally and externally, however for internal use you need to look for the ‘food grade’ castor oil.

How has Castor Oil been used through the years?

Picture yourself back in Ancient Egypt. Arid, humid and dusty landscapes crowded with people of all ages, bustling busy communities trading their goods, donkeys laden with baskets, kegs of water being towed through the dusty streets. The lamps providing light at dawn and dusk would have been fuelled by castor oil, and it was used as an early mechanical lubricant in tool making. The wealthy would use castor oil to bathe, cleanse and moisturise the skin, and in massage, there are also some recorded uses of it being used during colonic irrigation. The doctors of the time would suggest taking it internally as a laxative, and there were some that used it as a punishment for those who had too much time off work – a large dose of castor oil would have humiliating result, with sometimes fatal consequences due to the oil-induced diarrhoea.

Fortunately nowadays – in our shop anyway – we talk mainly about the uses of castor oil and its popularity in the world of beauty and skincare.

As a natural skin moisturiser...Castor oil is rich in ricinoleic acid, a monounsaturated fatty acid. These types of fats act as humectants and can be used to moisturise the skin. These humectants retain moisture by preventing water loss through the outer layer of the skin.

To encourage skin healing castor oil can be applied to wounds and skin ailments to prevent the skin drying out, it also stimulates tissue growth so that a barrier can be formed between the wound and the environment, decreasing the risk of infection. It also reduces dryness and cornification, the buildup of dead skin cells that can delay wound healing.

Skin conditions such as acne, blackheads, pimples and spots under the skin can all benefit from the anti-inflammatory effects of castor oil. If there is an imbalance of bacteria found on the skin, castor oil can soothe and rebalance the bacteria which can support clearer skin.

As a natural hair moisturiser which is particularly good for us on very dry, or overtreated hair (such as coloured or chemically treated). The castor oil helps to lubricate the hair shaft, increasing flexibility which may help to reduce the chance of breakage and ‘fraying’ of the hair follicles.

Dandruff can be caused by a very dry scalp or seborrheic dermatitis, the anti-inflammatory effects of castor oil, and the moisturising properties can help soothe and reduce the flakiness.

I once had a hairdresser who recommended a castor oil scalp massage to clients wanting to grow their hair quicker. She would warm a little castor oil in her hands and firmly massage the scalp for around 5 minutes. Now, I never had the patience to do this on a regular basis but have spoken to a few people over the years who swear by it!

Long luscious lashes, and thick full eyebrows are commonly associated with the use of castor oil too. Simply apply the castor oil to the lashes with an old mascara brush, or with an oil soaked cotton pad a couple of times a day. Run in the direction that they grow in. It is said to encourage fuller existing hair, as well as new growth.

Castor Oil really is a fantastic item for your beauty kit. Apply lavishly over face and body and allow it to absorb before coming in contact with any fabrics (as it will leave a grease mark!).

When using on your hair, make sure it is thoroughly rinsed out before heat drying or straightening. 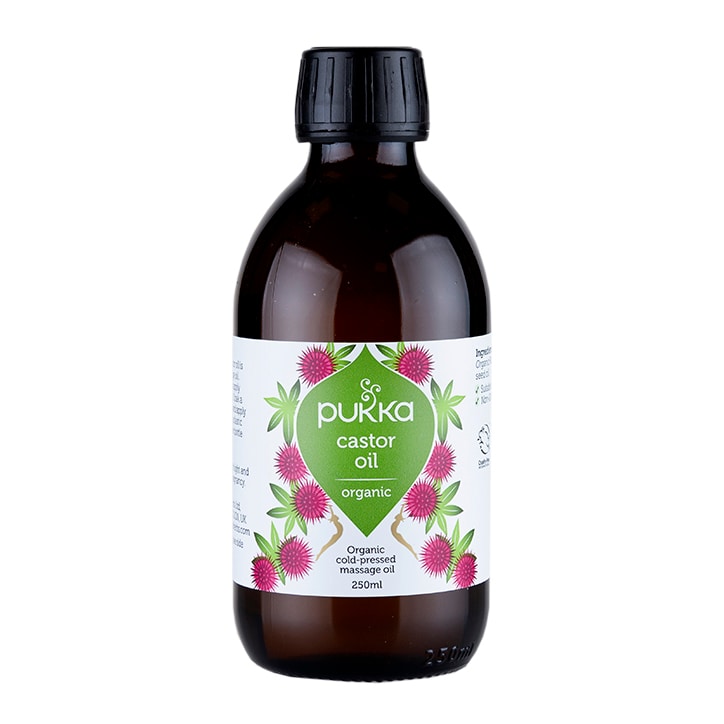 We stock two Castor Oils in our range.

Fushi’s Organic Castor Oil, 250ml £10 (suitable for both internal and external use). 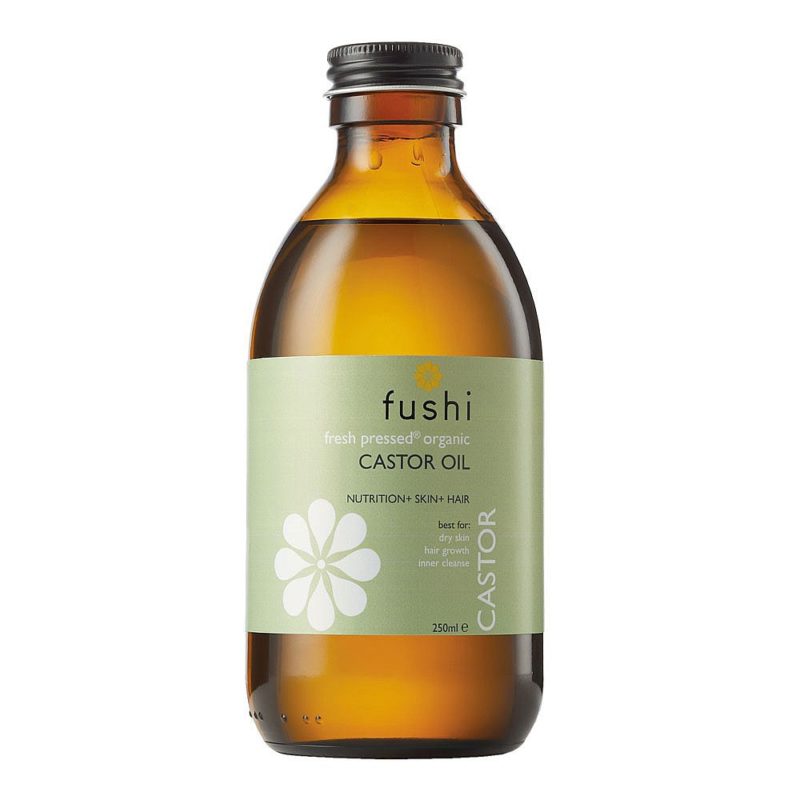 Payments can be made by card or cash in store  (NOTE: We do not accept £50 notes), and online you have the option to pay by any major credit or debit card using our Barclays ePDQ system, or make payment over the phone.

We do not accept American Express (yet)