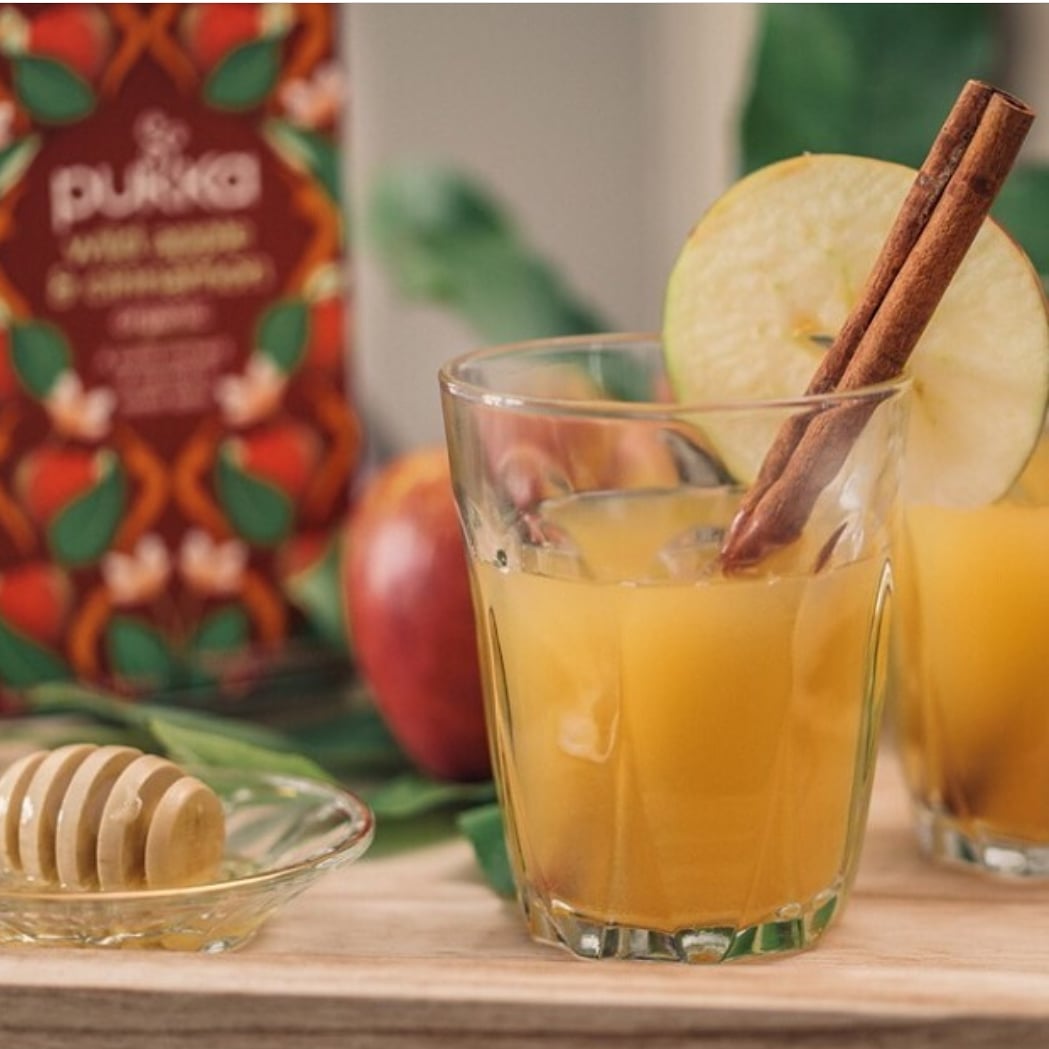 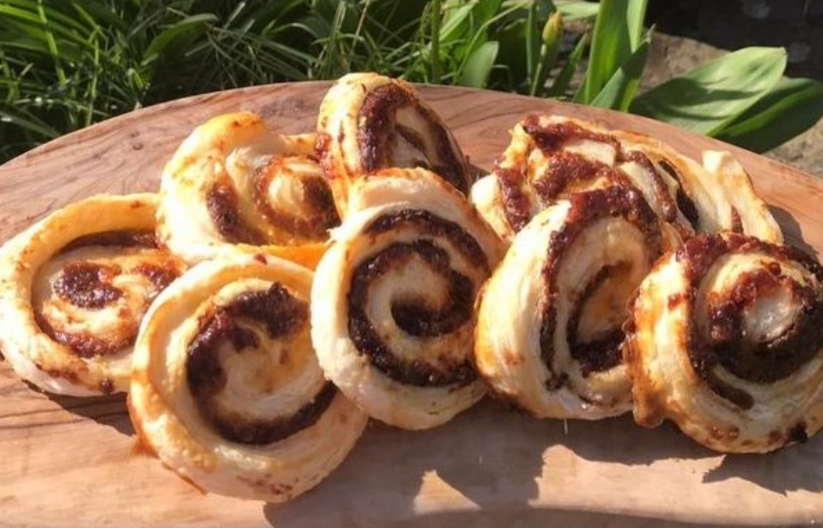 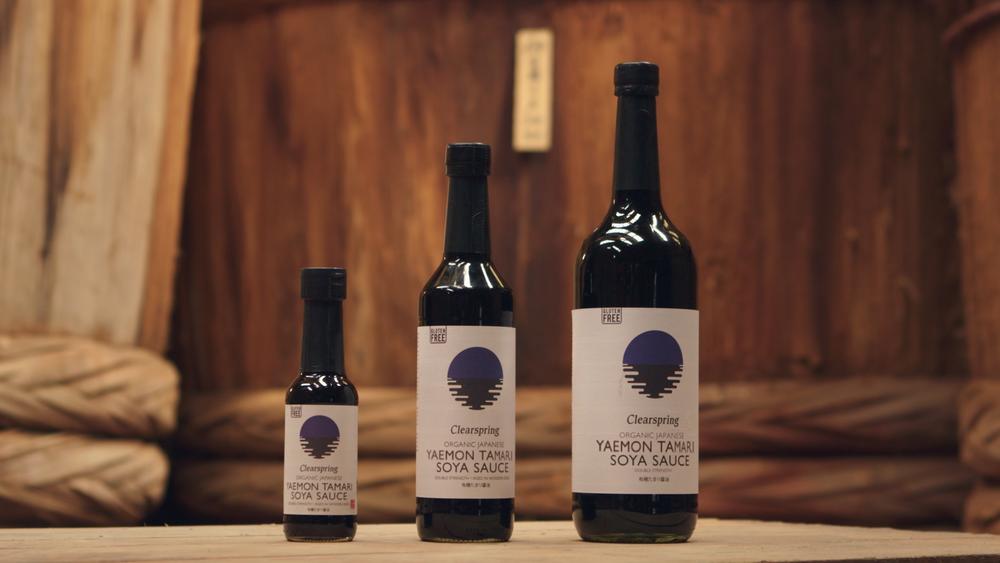 Clearspring has been responsible for bringing the very best of Japan’s finest Organic Tamari Soya Sauce to customers around the world for over 25 years. Our Organic Yaemon Tamari Soya Sauce is especially unique and is one of the only Tamari Soya Sauces of its kind available in the world. Alongside being a firm favourite amongst our customers, its versatility and the richness of its flavour – it has a heritage and tradition which celebrates true artisan traditions and craftsmanship.

Since the market has become more saturated with brands launching Tamari or variations on soy sauces, we thought its only right that we tell you where your favourite Tamari comes from.

So what exactly is Yaemon?

Our signature ‘Organic Japanese Yaemon Tamari Double Strength’ was founded by the Aoki Yaemon family in 1871. The family has been making traditional Tamari for nearly 150 years in Aichi prefecture, Japan.
The craft of making our authentic Japanese Tamari involves handmade techniques, whole organic soybeans, Koji culture, water and sea salt. This tradition has been perfected and passed down from father to son for generations. The resultant Tamari is of a truly premium quality, whilst also being organic and gluten-free – all of which sets it apart from others. Why is the Clearspring Yaemon Tamari Soya Sauce special?

The key to the rich and velvety Yaemon Tamari is their time-honoured “Go-Bu Tamari” recipe, which dates back to the 13th century. The recipe uses a ratio of 10 parts whole soya bean to 5 parts water. This is double the strength compared to other tamari soy sauces. Producing Yaemon Tamari Soya Sauce requires skills that can only be learned over generations and are passed on from one Touji (brewmaster) to another. Yaemon Tamari is also one of the only remaining tamari soya sauces which are aged naturally in cedar wood kegs over two summers (around 18 -20 months).

What is Double-Strength Tamari soya sauce?

Unique to Yaemon Tamari, no one can produce this authentic 10 (soya) : 5 (water) ratio Tamari. The majority of Tamari available on the market today are 10 (soya) : 10/12 (water), making them single strength Tamari. The fermentation period is also shorter, and they are brewed for only 6-9 months. Hardly any are made using traditional brewing methods and most are produced outside of Japan.

It’s important to know that some non-organic Tamaris are made with chemically defatted soybeans and even some organic ones are made with cracked soya beans to speed up the production process.

The care and artisan craft of our Yaemon Tamari is self-evident not only on the colour difference of the finished Tamari, but also the depth and complexity of the Umami flavour it delivers.

How is Tamari made?

Tamari production usually starts in winter when the condition is ideal for making Koji. The process begins by soaking the whole soya beans in well water. It is then steamed until soft and crushed and made into small balls called ‘Miso Dama’. To start the Koji (Aspergillus spores) fermentation on the soya beans, a sprinkle of roasted barley flour is added to activate it. This is then dusted over the balls and placed in a temperature controlled room for 3 – 4 days. This is the most crucial time for a brewing master as this process will determine the quality of the Tamari. The master’s art is in the nurturing and overseeing of the Koji process to perfection.

The Koji and beans are then mixed with a brine solution (sea salt and water) and placed in a large cedar wood keg. This mash is called ‘Moromi’ and here the mixture will spend at least two summers to ferment.

After the long ageing process the Moromi is placed in cloth sacks and pressed to extract the dark liquid; raw Tamari. The soy oil from the liquid is removed and Mikawa Mirin is added to prevent further growth of the natural Koji yeast. The Mikawa Mirin contributes to the aroma and deep rich flavour of Tamari. It is then bottled and ready for use.

How should I use it?

Clearspring Organic Japanese Tamari Soya Sauce has an award-winning flavour that’s rich, full-bodied, complex and concentrated – but never overpowering. It’s perfect as a dipping sauce and as a traditional accompaniment to Japanese dishes. It can be used as a condiment to add a depth of savoury umami flavour to salad dressings, marinades, sauces, stir-fries and slow-cooked stews.

Is it really gluten-free?

With thanks to Clearspring for this fascinating history and fact file on their delicious Yaemon Tamari Soya Sauce. You can read the original article here. 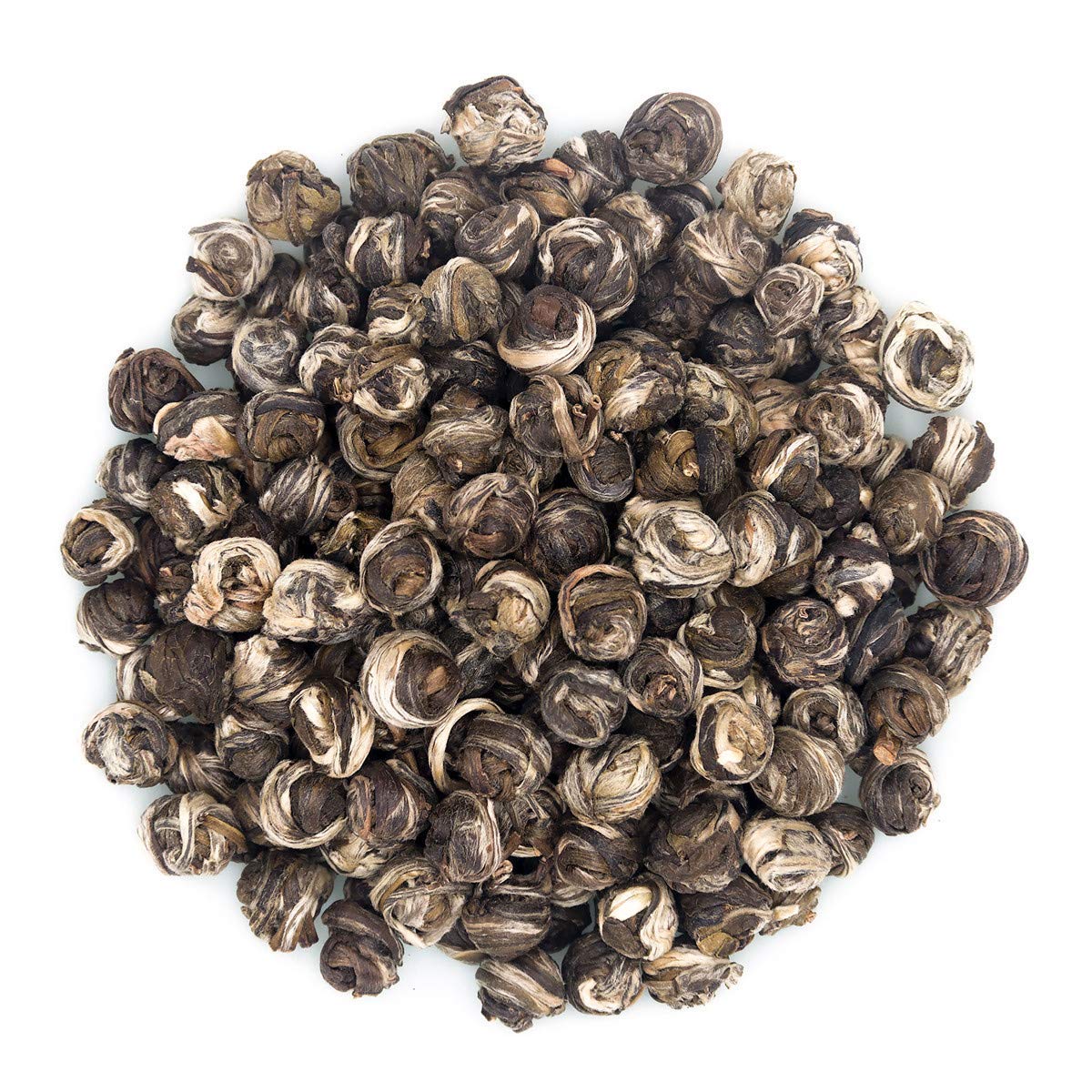 The Jasmine Green tea is one of the most popular in the Dragonfly range, loved for its delicate fragrance and floral taste. Here, Dragonfly tell us a little about how it is made.

In China, the art of scenting teas with fresh flower petals goes back many hundreds of years. We build on this tradition by only using fresh jasmine flowers to naturally infuse the tea leaves. As with all things Dragonfly, we never use artificial flavourings and always choose more traditional artisan methods to give our teas the most exquisite and authentic taste.

During Spring, fresh tea leaves are picked by hand and then dried using heat to prevent oxidisation. This ensures the leaves keep their light green colour and prevents the tea from darkening into black tea. The prepared green tea is then kept to one side and the wait for the jasmine harvest begins.

In early Summer, the jasmine buds are carefully picked by hand in the afternoon when they are still closed. The tea leaves are then spread out in the tea-making area and the collected jasmine buds are expertly placed on top and left there overnight. As dusk falls, the petals slowly unfurl, releasing their special fragrance which infuses into the leaves beneath. The process is repeated every night for several nights, until the leaves are perfectly scented with the natural aroma of the jasmine flowers. The tea makers craft lies in knowing just when that moment has arrived. In fine jasmine teas, the spent flowers are then removed to ensure a beautifully rounded and balanced tea.

Traditionally, jasmine tea is then skillfully rolled into pearl shapes by hand, as in our Jasmine Pearls. When hot water is added, the pearls then slowly unfold as the tea leaves absorb the liquid. 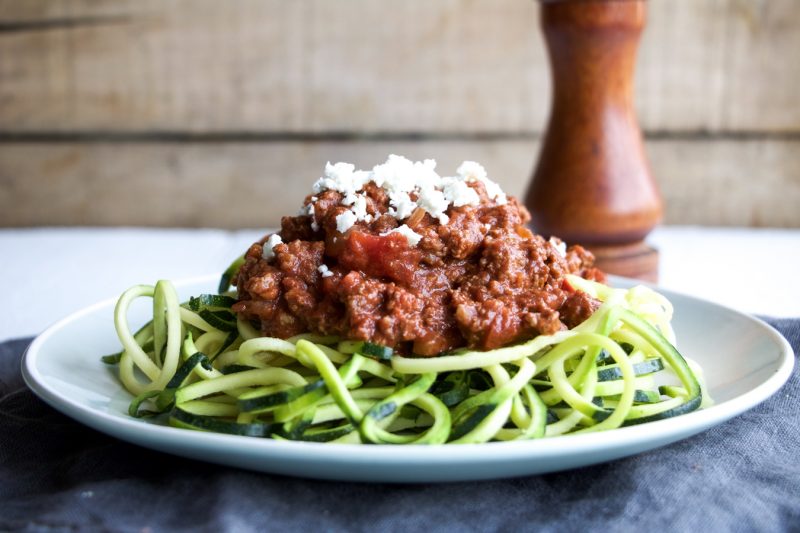 I think that it can sometimes be a common misconception that eating a healthy diet is an extremely expensive way. To some extent, I suppose this could be true if you purchased large quantities of organic meet, superfood and specialist products however, buying natural wholesome ingredients such as: vegetable, grains and pulses can actually turn out to be really affordable; often even more so than eating lots of processed food and meals. Like with most things, the cost of a healthy food shop can vary greatly depending on numerous factors such as: where you shop, the amount of food you’re buying and the types of products you by. Today we wanted to talk about some of the ways that you can stock your fridge and cupboards with a selection of healthy ingredients, whilst still being more friendly on your budget. 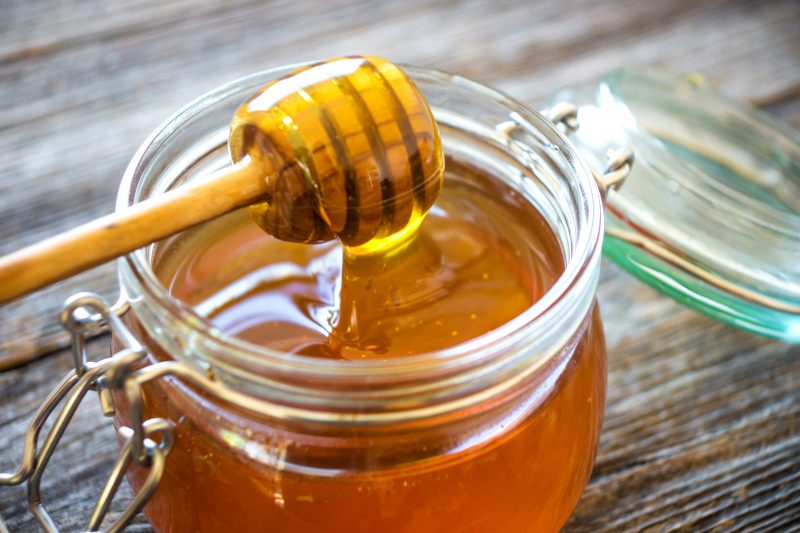 Are you ready for winter? People are sneezing, coughing and complaining about sore throats? Lots of our customers find it beneficial to use Manuka Honey. Here is some interesting new research about the bees knees – Manuka Honey for other applications 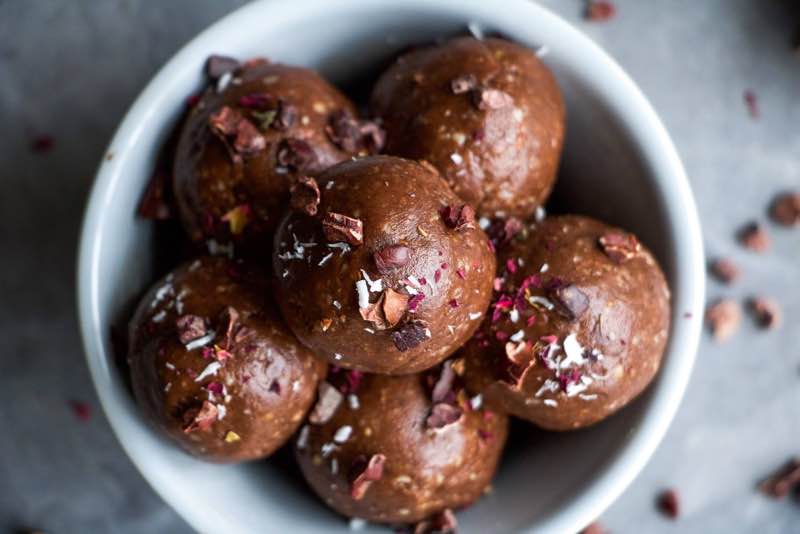 Here at Inside Out, we’re all huge fans of getting a little creative in the kitchen and making our own healthy snacks and raw desserts. Eating a healthy diet of wholesome and natural foods definitely doesn’t mean you don’t still get to indulge in lots of delicious sweet treats and the good news is, they’re pretty easy to make yourself at home too! Today we wanted to share with you our top 10 store cupboard essentials from our health and wellness blogger Charley’s Health to help you kit out your kitchen and get started! 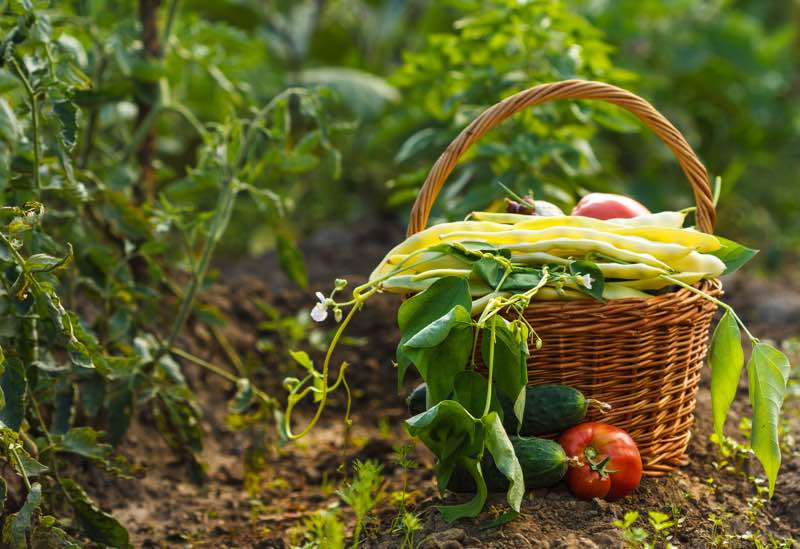 If you follow us on social media, then you may have already seen that we’ve participated in Organic September which is run by the Soil Association. Buying organic produce where possible is something that we’re really passionate about in the shop and we try and insure that we stock lots of organic products for you in store. In todays blog post, we wanted to share The Soil association top 5 reasons to go organic this September and they are reasons I whole heartedly agree with: