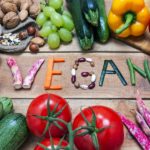 Seeing as this month is world vegan month, we’ve been focussing on this theme for our November blog posts and recipes and for this post we wanted to talk about some simple vegan food swaps that you could try out, to include more plant based meals into your diet. When first making the decision to go vegan or trying out more vegan food, it might be a little daunting if this is something that you’re not used to. Eating a vegan diet does not have to be difficult or restrictive, as there are now so many different food options to replace your typical non-vegan dishes and foods that taste just as delicious. One really important thing that I wanted to touch on here is the fact that you shouldn’t feel deprived due to your diet. Whether you want to eat a vegan diet for health, environmental or ethical reasons, the way you eat should make you feel good both physically and mentally. A good way to look at this is to focus on all of the things that you can include into your diet and foods to swap in, rather than what you will be cutting out. There is such a wide array of nutritious and delicious tasting foods to enjoy, so take full advantage of this.These are only a few examples of some of the things that you could swap into your diet to get you started:

Coconut yoghurt– coconut yoghurt makes a great swap for regular dairy yoghurt and is made from coconut milk. There are various different brands that now make these- one of our personal favourites in store is called COYO. These are completely natural and come in a range of flavours such as: vanilla, chocolate and even salted caramel! They are also refined sugar free too!

Plant milks– You’re probably already familiar with the large selection of plant based milks that are now on the market and it seems like the variety is forever increasing. These range from different nut milks (almond, cashew, hazelnut) to coconut and even rice milks. All of them have slightly different flavours and consistencies, so it’s really nice to mix them up and try lots of different ones to find your favourite. The majority of these can be used in place of your normal milk for things like: smoothies, cereal and in tea and coffee.

Beans and pulses– Lots of people often worry about where they’re going to source protein from on a plant based diet. Plant based foods like beans and pulses are good sources of vegan protein as well as being a great source of fibre as well. These can be used in place of meat in meals like salads, bolognese, stir fries and even to make veggie burgers.

Flax/chia eggs- Something that I was a little bit unsure about when first creating vegan recipes was baking with out eggs. Eggs help to bind ingredients together when used in baking, however luckily you can substitute this with something known as a flax/chia egg. This basically involves mixing either flaxseed or chia with a little water and leaving it to soak up the liquid and create a gelatinous style texture. This can then be added into your cake mix in place of your normal eggs.

Coconut whipped cream- I can actually 100% say that I prefer this swap to the original thing! If you take the thick, creamy part of the coconut milk from the top of a can and beat it with an electric whisk, it creates the most amazing coconut whipped cream that you could serve with strawberries, pancakes or however else you like really! It has a really light, smooth texture with subtle hints of sweetness from the coconut.

Cashew cream- Cashews are probably one of the most useful and versatile ingredients in a vegan kitchen. They make super quick and convenient snacks and additions to meals for some added crunch and healthy fats. But you can also use them to create an abundance of different recipes such as: cashew cream, cheesecake filling, cashew milk, cashew cheese and even grind them down to make a flour. To make a basic cashew cream, simply soak your cashews in some water for around 4 hours and blend in a high speed blender. You could then turn this either sweet or savoury, depending on what you’re making.

Raw coconut milk chocolate- If you’re a chocolate fan, then you’ve probably already sussed out the different chocolates that you can still enjoy on a vegan diet. However, lots of people think that this means they’re only limited to dark chocolate. However, milk chocolate fans do not despair! There are now quite a few different brands of raw chocolate that use coconut cream/milk to create a ‘milk’ chocolate like effect! These also make great swaps for children.

Coconut oil– There are about 101 different uses for coconut, one of which being a great replacement for butter. You can use it for cooking, baking and also spreading on toast. You can now also buy coconut based butter alternatives too.

Hopefully you found this post helpful and maybe got some new ideas of different foods that you could try switching into your diet to include a few more plant based meals into your lifestyle. If you have any other great food swaps or recommendations, we would love to hear about those too!