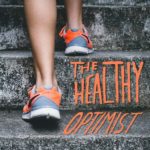 Our latest feature blog is brought to us by Nature’s Plus, written by Eric Schneider

Are you one of those people who can see the bright side in every situation? You may have more reason to think positively—research shows that optimism may benefit well-being.

Friendship and social contact matter, say scientists. And more than a few researchers add that the human touch is a recurring theme as a source of optimism and happiness.

Though not as exact as other science-based pursuits, the study of happiness and positive thinking has its share of concrete evidence.

“We do know that greater activity in the left side of the frontal and parietal cortex, relative to the right, is associated with greater happiness, positive emotion and approach-oriented behavior,” says Sonja Lyubomirsky PhD, author of The How of Happiness (Penguin Press). Researchers have discovered other areas in the brain linked to optimism as well.

On the other hand, irregularities in these brain regions are linked with depression, which is tied to pessimism. One line of reasoning: If pessimism is tied to depression, which often manifests as mental and physical illnesses, then optimism should serve as an antidepressant for both mind and body.

Scientists keep looking for optimism’s physiological roots, but positive thinking’s benefits are increasingly well documented. One Archives of General Psychiatry study found that out of nearly 1,000 elderly men and women, the highly optimistic ones had roughly a 25% lower risk of cardiovascular death than the pessimists.

Lyubomirsky and her colleagues analyzed 225 happiness studies with more than 275,000 participants combined.

“We concluded that happiness doesn’t just make people feel good—we found that happy and optimistic people enjoy countless advantages and benefits,” she says. Positive-thinking people have been found to be physically healthier, more productive at work, more likable in general and live longer. They are also “more creative, earn more money, are better negotiators and have more fulfilling relationships.”

Happy, optimistic people may see some unexpected benefits as well: Lyubomirsky says they are less likely to get into car accidents and report less physical pain. They also appear to enjoy greater cardiovascular well-being.

Dutch positive psychology specialist Ruut Veenhoven analyzed nearly 30 studies on happiness and longevity and found that “happiness does not heal, but it appears to protect against getting ill.” He likens the effect to the good health of non-smokers versus smokers, who are prone to more ailments.

A positive attitude, Veenhoven explains, can also result in reduced stress, which can negatively affect the body in many ways. Research has shown that stress may make people more susceptible to a wide array of disorders and diseases.

THE IMPORTANCE OF SOCIAL TIES

An optimistic attitude may even help the body heal itself.

Optimists tend to have strong social ties, according to Veenhoven, Lyubomirsky and other researchers. Veenhoven asserts that happy people excel at “creating social support,” while Lyubomirsky calls them “other-centered,” that is, less self-centered and “more charitable and helpful to others.”

“The happiest places are the places where social ties are the strongest,” writes Eric Weiner, author of The Geography of Bliss (Twelve). Case in point is Iceland, which is cold and/or dark for much of the year, yet is considered one of the happiest, most optimistic places on the planet, thanks, in part, to its close-knit sense of community.

This notion also applies to trust. Since optimistic people are more inclined to trust others and avoid putting up walls around themselves, they tend to succeed in creating an overall happier living environment.

Lyubomirsky has tried to untangle the knot in her own studies. “The causal direction undoubtedly goes in both directions—happiness leads to success, and success makes people happy,” she says. “It’s likely similar for optimism, but not as precise. That is, being creative or charitable doesn’t necessarily lead you to be optimistic, but it might.”

In The How of Happiness, Lyubomirsky details 12 key “happiness activities”—and “cultivating optimism” ranks high among them. People can do that, she says, by “keeping track of what you think is the best possible future for yourself or making a point of looking on the bright side.” Without optimism, happiness becomes something that we stumble across rather than create, making it harder to realize its benefits.

Lyubomirsky also cites “the pie chart theory of happiness,” which asserts that “50% of individual differences in happiness are governed by genes, 10% by life circumstances and the remaining 40% by what we do and how we think—that is, our intentional activities and strategies. The secret, of course, lies in that 40%.”

If we learn to embrace optimism and turn away from pessimism, we may not just be happier, we may actually become healthier.

We are available from 9am to 5pm, Monday to Saturday (excluding bank holidays) and Sunday 10.30am to 2.30pm.