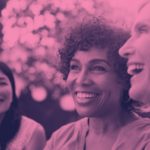 This informative blog has been written by Marta Anhelush of Biocare.

Is this how you see menopause? Or are you dreading it? If you are a woman at a perimenopausal age and already thinking about it, or perhaps you are currently going through it and struggling, read on and we’ll delve deeper into how to have an easy transition through menopause and avoid or minimise some of the most common symptoms.

WHAT HAPPENS DURING MENOPAUSE?

The menopause is the permanent cessation of menstruation, resulting from the loss of ovarian follicular activity and hence a significant drop in the primary female hormones – oestrogen and progesterone. In the UK, the average age for a woman to reach menopause is 51, although women can experience menopause in their 30s or 40s.[1] Perimenopause is the period that precedes menopause and can start a few years before a woman’s period stops completely. In this phase, hormone levels are gradually starting to decrease and a number of symptoms can start to appear, including irregular menstrual cycles and hot flushes.

Biologically, the ovaries are retiring from their hard work of producing sex hormones. This baton is passed on to the adrenal glands and adipose tissue, which take over the role of hormone production. Due to the widespread activity of oestrogen, menopause is associated with a range of physiological changes such as endothelial dysfunction, oxidative stress, and increased risk of cardiovascular diseases[2]and osteoporosis.[3]

WHAT ARE THE SYMPTOMS OF MENOPAUSE?

Our sex hormones regulate so many bodily functions; from circulation, energy production and immunity, to hair or bone growth, which is why menopause often brings on a lot of uncomfortable and debilitating symptoms. Factors such as weight, smoking,alcohol consumption, lack of exercise[4], use of oral contraception[5], history of PMS,[6] and stress[7] can increase risk of menopausal symptoms.

The main symptoms that can occur include:

THE STRESS FACTOR – ARE STRESS AND LACK OF SLEEP MAKING YOUR MENOPAUSAL SYMPTOMS WORSE?

As mentioned, once our ovaries stop producing oestrogen, that responsibility goes to our adrenal glands. The adrenal glands also produce our stress hormones – cortisol and adrenaline. High and chronic stress may lead to reduced levels of oestrogen.[8],[9] The stress response also increases body temperature, which may be an additional trigger to hot flushes.[10],[11] Oestrogen also promotes the REM phase of sleep, which is a vital process for healing and repair. When oestrogen levels drop, so does time spent in REM cycles which leads to less refreshing and restorative sleep.[12] Try to reduce your stress levels and promote healthy sleep by increasing magnesium intake[13] and supplementing with relaxing and sleep promoting botanicals such as L-theanine and lemon balm.[14],[15] Turn your bedroom into a sleep sanctuary e.g. dark room, eye mask, technology free.

THE GUT LINK – ARE YOUR GUT BACTERIA RESPONSIBLE FOR WEIGHT-GAIN DURING MENOPAUSE?

Oestrogen is known to have an influence on our gut bacteria, which means that the decrease in oestrogen may contribute to digestive symptoms such as bloating, reflux or constipation during menopause. On the other hand, certain bacteria help to metabolise oestrogen. This gut-hormone interaction has been suggested as an important factor in reducing the risk of oestrogen-dependent cancers.[16] Furthermore, good levels of beneficial bacteria in the genitourinary area is important to prevent vulvovaginal atrophy at menopause, and other complications such as thrush[17]and urinary tract infections.[18] Another exciting role of these bugs is aiding metabolism of fats and carbohydrates as well as insulin levels, hence why poor bacterial balance in the gut can actually increase menopause-associated weight gain. Plant fibre such as inulin[19] promotes healthy digestion and excretion of oestrogen and is effective in promoting weight loss.[20]

Despite the levels of oestrogen dropping after menopause, it is still important to support healthy breakdown of oestrogen in the body. This is even more important if you are using Hormone Replacement Therapy (HRT). This is because different oestrogen metabolites have different potencies and some of them can be more toxic that others,[21] driving more inflammation, tissue damage and increasing the risk of cancer and cardiovascular disease.

Clinically, we often see that women who struggled with hormonal issues in their reproductive years often have a harder time going through menopause, which may indicate a link with poor oestrogen detoxification, either due to nutritional or genetic causes. A number of nutrients are important to support specific detoxification pathways, namely folate and vitamin B12 for methylation, and Calcium-D-glucarate for glucuronidation, and sulphur for sulphation. Menopausal women are often deficient in folate, B12,[22] as well as zinc and copper.[23]

Furthermore, the sulphur-rich plant chemicals found in cruciferous vegetables (especially broccoli) – sulphoraphane and indole-3-carbinol.[24],[25],[26] promote healthy detoxification of oestrogen[27],[28],[29] and have been shown to be protective against oestrogen driven cancers (e.g. breast, endometrial and cervical).[30],[31]Also lycopene,naturally found in tomatoes, has been found to reduce the risk of breast and endometrial cancers,[32] and osteoporosis.[33],[34]

Japanese women are well known around the world for their easy transition through menopause, with far fewer symptoms than women in the Western countries.

One proposed idea is their high intake of plant oestrogens (aka isoflavones), mostly in the form of soya (e.g. tofu, tempeh). These plant molecules structurally resemble body oestrogen but are much less potent, so by increasing your intake through diet, you may fill in the gap of low oestrogen production, and also help with healthy oestrogen metabolism, and even reduce weight gain.[35]

Red clover[36],[37] and sage[38],[39] are also good sources of isoflavones and have been shown to reduce hot flushes, vaginal atrophy, insomnia, cognitive impairment and bone density in menopause.

Interestingly, one paper suggested that the differences in severity of symptoms found in different women around the world may be due to cultural differences in how menopause is perceived and approached.[40] A popular Japanese philosophy called ‘Wabi Sabi’ encourages the acceptance of transience and imperfection; perhaps we need to try to embrace the change and support our body and mind through the transition, rather than fighting and resenting it?

By improving your diet; increasing your vegetable and fibre intake, reducing stress and improving sleep, you can make menopause a much easier transition. If you are however experiencing severe symptoms, a good place to start is a good multivitamin containing methylfolate and methylcobalamin, alongside some isoflavones and extra detoxification support in form of antioxidants and sulphur molecules.

You can view the full original article here.